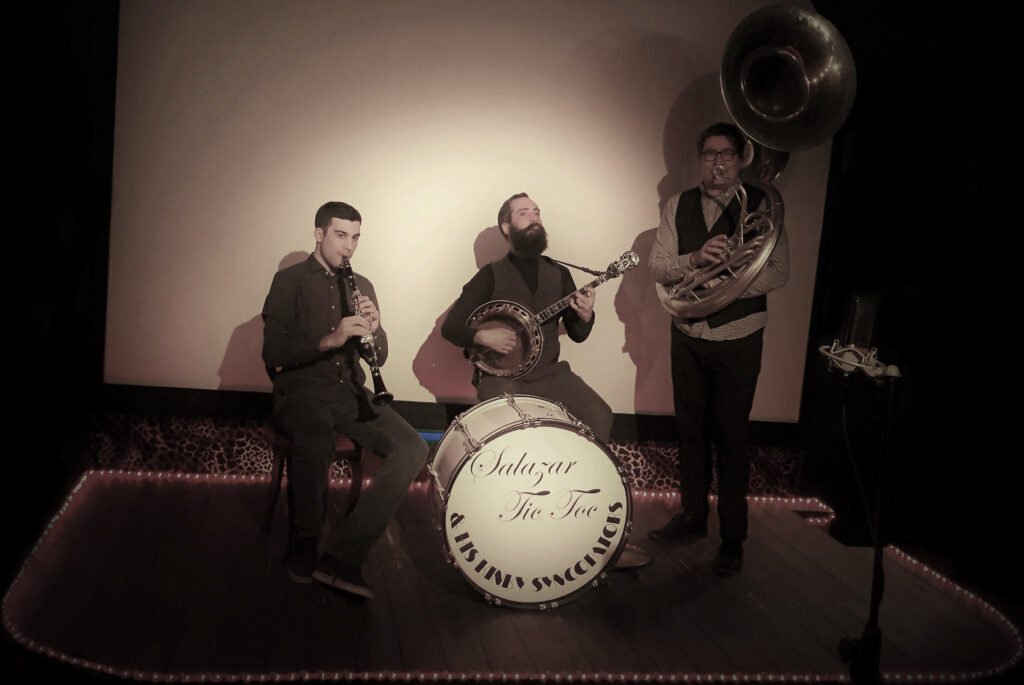 Salazar the ancient mystic, keeper of the sacred scrolls of vernacular jazz, is always armed with his two horsemen of swing. The pied piping clarinet serenading Andrea, as well as the powerful Anders, wielding his resounding sousaphone. A sublime horn that some say is possessed by the grand master John Philip.

Legend has it, that in primordial times when The Great Cthulhu feasted his octopus-like ears on the mere echoes of the first rhythm played by this magnificent trio, the Great Old One, truly, utterly and irreversibly went mad. Never to be seen or heard from again.